Cmd. Stone: Good morning, everyone. Let’s get right into the debriefing on Operation Kid Gloves. Agent Sham?
Agent Sham: The agency has learned quite a bit from scouring what remains of the VYRUS servers.

VYRUS recruited Dr. Louis Syd to further his scientific discovery, which we’re calling “The Infection Signal.” It utilizes an algorithm of varying audio frequencies that synchronizes with and then manipulate the synapses in the brain. The victim had to first willingly accept an initial command in order for the algorithm to make a connection, similar to a computer network’s “handshake.”

Dr. Syd and Toxica quickly discovered that the signal worked best if it came from multiple sources at the same time, or if the target was a young person.

Agent Sham: Under the age of 25, the mind is still physically developing and our guess is it’s more malleable. I also suspect the gullibility young people carry makes them more impressionable to influence.

Lt. El Ray: You were affected, too, Sham.

Cmd. Stone: You suspect that means something, Lieutenant?

Lt. El Ray: Not sure. Maybe people of all ages are susceptible to influential messages. Daart took a discussion we about it to heart, and focused on the merit of the message instead of how it made him feel.

Ens. Albert VII: You said it, jefe. Sorry for givin’ you a hard time before, Daart, but let’s not forget it was my hacking your toy that interfered with the signal—

Agent Sham: Negative. The program was estimated to be hundreds of zettabytes, and the damage done in the explosion corrupted most of the data. The rest is useless.

Lt. El Ray: Does that mean we’re defenseless against another attack?
Agent Sham: Not necessarily. The agency will be monitoring broadcasts worldwide for unusual audio frequencies like those in the KBOO broadcast. We can’t recreate the technology, but we can detect when it’s being used.
Cmd. Stone: If there’re no further questions, I want to commend GK Delta. You accomplished your mission as directed. . . almost. We will need to work on being a bit more discreet in the future. 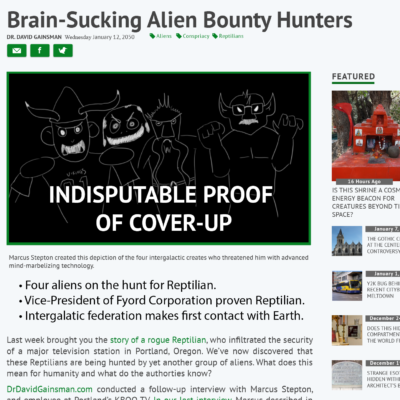